In this new year I challenged you to discover who you are.


One realization I've discovered is this:
Almost every time someone stops by the house,
or if I'm hanging out at someone else's home,
I tend to grab a magazine and start thumbing through it.
I find myself needing to keep busy.
Sitting still does not come easy for me.
(I guess that is one of the side effects of raising 5 children.)

Another observation
about myself is
I always look
at a magazine
from back to front.

I don't know if it's
the excitement
of getting to the end
wanting to know and see the whole picture
not wanting to miss out
or just habit.

Before I read the bible
there are a couple lines from a couple verses
that always flash through my mind
and stir in my heart.
Interestingly those couple of verses are at the
back or end of the bible.

Whenever I set out to separate truth from lies.
Meaning:
set out before me, side by side
I have the bible- Truth
and
I have the NWT(New World Translation-Jehovah's Witness Bible)- Lies.

There are verses that begin to stir in me that won't allow me to sit still.
I feel a sense of urgency to unveil to you
what has been unveiled to me.

Stay with me here...

Now remember
I do not hold any bachelors, masters, or doctrinal degrees
in English, grammer, punctuation, The Dictionary or of any such related topics.
I do not hold any degree for that matter.  Which could be held against me by some.
However I am a layman/laywoman who wants the truth so I dig.
I dig, and pray, and wait for "The Truth" to be revealed to me by God through his word. 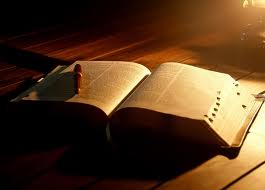 Now if I take John 1:1 and parallel them I see that

in the 1st line there are some words moved around
the 2nd line is the same
and the 3rd line a word is added.
One letter. One word.
A

Interesting Any...
Definition Any: one or some indiscriminately of whatever kind:
one or another taken at random.


This one letter, this one word
may not seem like much to some.
Some have said
"What does it matter?"
"Your bible says that, ours says this, it's really the same thing."

This one  added  word
changes, denies, and ultimately strips Christ of his deity.

We have been told to say and fully believe, be fully convinced
"That yes indeed we believe in Jesus."
"That we don't deny Him."
"Yes as a Jehovah Witness
we believe that Jesus existed
that he walked this earth."
"Jesus was The Greatest Teacher who Ever Lived."
"He is the example we are to follow."
"He is like a god."
"He is godlike, but not God."

He would fall into the any, category according to Merriam-Webster Dictionary.

We were told to say these things at each door we knocked on.
"Yes that of course we believe in the same person."
However as you begin to study, and learn, and go deeper into the
doctrine of Jehovah's Witnesses
we were told
that Jesus is
A god.
That he is in fact Michael the Arc Angel.
That Jesus is not coming back.
That Jesus was not with God before creation.
There is a plethora of lies told about Jesus
that I once believed.

He is not
A god.
He is not just some other idol or god to think about believing in, or worshiping
for some sort of spiritual enlightenment.
Not to be used for a good energy or vibe to feel.
Once again, not to be thrown into the any category.

He says;
"I am the Alpha and the Omega--the beginning and the end,"says the Lord God.
" I am the one who is, who always was, and who is still to come--the Almighty One."


It amazes me what one little-BIG word
A
added to God's word can do.
It can strip God of everything He is.

New Year Challenge-Discover Who You Are...

I'm 38 years old.
Most women don't like to share their age
I on the other hand, don't have any qualms about it.
Maybe that will change once I turn 40 or 50
but for now
I feel like I've just begun to live these past 8 years.

As I discover more about myself
my likes, my dislikes
what brings me up and what takes me down
I get more familiar with
me, myself, and I.

One thing I have made an observation about
is that if you were born and raised as a Jehovah's Witness
things for you are slightly different
then if you entered the organization as an adult.

When entering the organization as an adult
you entered with a free-open mind.
You fell into a trap
were mislead for a time
but were able to make
assessments
observations
and begin the process
of breaking through the trap to that place of being free once again.
Able to adapt back into "the real world."

Being born and raised as a Jehovah's Witness
you are conditioned from infancy on.
How you acted
talked
behaved
was normal
inside the organization.
A place where things are decided for you and
you learn to not question
and you always go with the flow.
Making decisions do not always come easy.
Adapting in "the real word" is different.
It's a whole new world.
Language, lingo, academics, jokes, every day banter
in "the real word"
is foreign when you come out of the organization.

When you come from a mind controlling background
there comes a day when you question
Who am I?

Freedom can seem overwhelming.
Sometimes that freedom takes you further than you ever thought you'd go.

When most people have had a lifetime
to develop social skills
voice their opinion-admitting likes and dislikes
practice the 1st amendment-freedom of speech
these everyday normal ways of life
can sometimes feel like a daunting task and may pose to be a challenge.

I want to challenge you in this
New Year.

Discover who you are.
Begin to admit your likes and dislikes.
Ask God who He made you to be.

Here's a little bit of what God spoke to me when I began my self discovery 8 years ago.

"You know who you are
You are the girl
who had her room painted pink and still love pink. 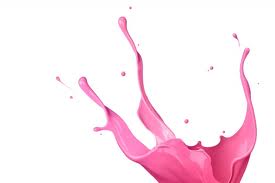 You are the girl
who loved to swing on the tire swing under the willow tree. 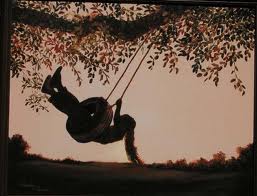 What is holding you back from discovering who you truly are?

If there's something or someone you need to go see-Then Go.

If you need to just go discover the forgotten-Then Go.

If it's starting a whole new beginning-Then Go.

But go with the Love that is stirring within you this very moment.

38 years ago there was a love that brought me into this world
every new direction
every new discovery
every new step I take
where ever I go off too...
I make sure I take that same Love with me.
Christ the Creator of my beginning. 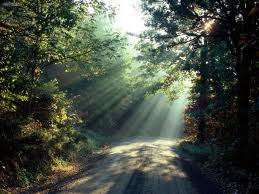 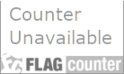